Boudoir Photography Lets You See Your Own Power 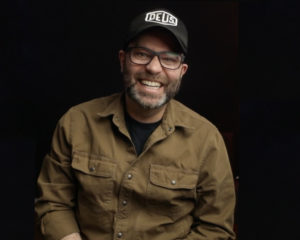 Boudoir is one of those experiences that you just want to have and you can go back in time and say to yourself like, I did that, like me, right because we all have this.

(The words below are the words so beautifully spoken by my client. I hope you are inspired what she has to say. I know I was.)

I shouldn’t say all but a lot of us think of ourselves in a much dimmer light.

We are very much like…I’m like, I’m never enough going to like, I could never do that. You know, it’s always that’s not possible, right? But then you do something like a boudoir photoshoot.

It’s like then you can go back to this part of that. It’s just a reminder, it’s not like one of those things on a vision board is like Oh, I wish I had this. I wish I had that. You literally open yourself and you’re reminded of your own power and your own authenticity.

And it’s just something I don’t think anyone really should pass up. It’s right. It’s I think there’s still a taboo around it. Right? I just like to be like in that state you know, and it’s in my question is like, What’s so wrong about that? Really, like what is so wrong about wanting to be in lingerie or I’m falling freeform you know?

Just with a sheet, you know, and what is so wrong with wanting to like, express myself? This way. I don’t get to do it every day, and it’s really special. And like that’s what it felt for me so really special and just thinking about it again.

It gets me emotional just because this is something I thought I’d never do. You know I never do this. But I’ve done it. And there are no regrets behind that.

And it’s just such a liberating feeling.

And I hope a lot of people give this gift to themselves because it’s really a gift.

Boudoir Photography is About Being in the Moment

Beautiful boudoir photography is all about capturing a fleeting moment in time, and the unique essence of the person in front of the camera. It’s

Overcoming the Fear of a Boudoir Photoshoot

So you want to do a boudoir photoshoot but fear is holding you back! Let’s be real, boudoir photography can be a little scary. The

What is the point of Boudoir Photography

Boudoir photography is a unique and intimate form of photography that captures the beauty, sensuality, and vulnerability of the human body. It’s a style of

You can book a free call to speak with our team about a boudoir photoshoot of your own. On the you can ask questions and get information to know if this is a good fit for you.
Book A FREE discovery call today!